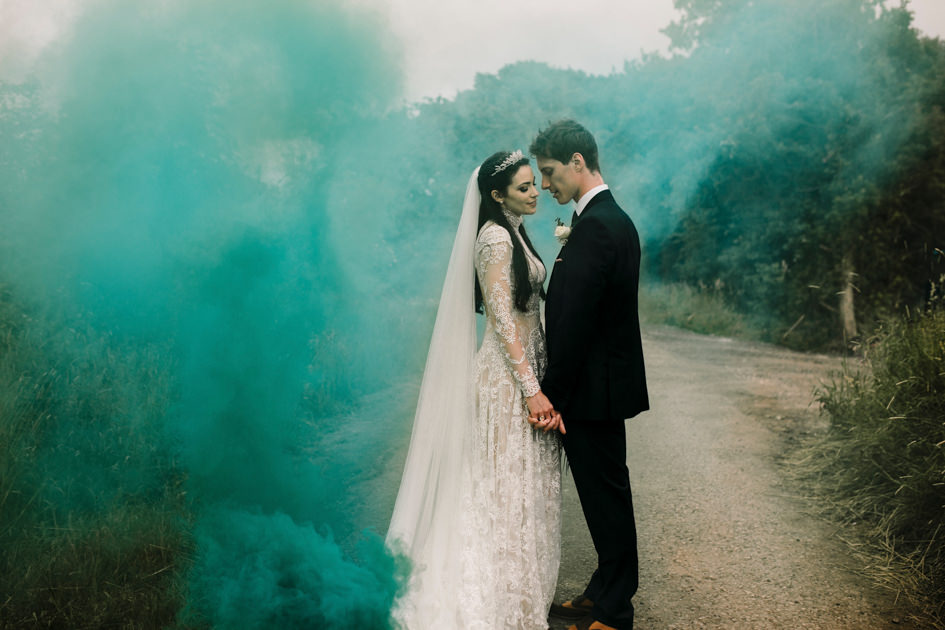 *infamous Geordie accent* “Week 6 of Lockdown in the Big Faith house: Amy has spent ALL day in the garden repotting house plants and weeding the borders and paths while her partner, Tom, mows the lawn.”

After a few days of rain, I was glad to get outside today and do a bit of gardening. I had a monster of a headache, but I remembered that I also had a headache last time I gardened and it went within a short time of aggressive digging and planting and organising. Nothing better for a sore head than a bit of outdoors!

While I was in the garden I got thinking about at-home garden weddings and how lovely they can be. If you have space it’s definitely something to consider: you have access to your own home for the morning prep, you can spend weeks prepping the space and days building the marquee. You can style the inside of the marquee anyway you want (I once saw a marquee erected around a tree which they decorated lavishly with fairy lights, it was a beautiful centrepiece). An at-home wedding is a great excuse to rope in all of your family & friends to help out – just bribe them with a lovely dinner & drinks together afterwards.

Because one thing this lockdown has made me realise is that spending time with your loved ones, whether it be on or during the run-up to the big day, is so so so important.

Another great perk of having your wedding at home is that you, essentially, get to have TWO wedding days! The one you get legally married on and the one you hold the ceremony on. One can be intimate, just family, one can be a massive party, for everyone! If you want to know more about getting married separately to your wedding day, read my blog post “Why You Shouldn’t Get Married On Your Wedding Day“.

Planning a wedding may seem stressful and, at times, you probably shout “I WISH THE WEDDING WOULD HURRY UP AND GET HERE!”, but as one of my postponed 2020 brides said – “this should be a joyful time, full of hen dos, spa days and finishing touches”. And she is spot on!

So take her wonderful words and apply it to your own wedding planning – ENJOY EVERY SECOND.

Amber & Anthony were so excited about their back garden nuptials, the fact they were going to be married in a place where Amber had played as a child was so special to them both.

They divided the long garden with a marquee, with the ceremony happening at the very end under a beautiful tree that held an impressive treehouse, and the mingling/drinking happening nearer the house. They even built their own Tiki bar (which became a permanent feature in the garden after the wedding).

When I turned up in the morning to shoot prep there was still a lot of final touches being made to the space. Anthony arrived dressed (but in his trainers) ready to get stuck in, if needs be, along with his groomsmen. Amber got ready in her old bedroom and spent lots of time giggling with her bridesmaids as they peeked out of the back windows, trying not to let the boys see them spying. It was so welcoming and fun, I couldn’t help but get swept up in it all.

Ambers dress was definitely a show stopper. From the high lace neck to the tearaway sleeves, all the way down to the PVC garter she wore underneath; everything was super chic yet still wonderfully alternative, and very very Amber.

When Amber was finally ready her dad lead her from the house and through the marquee where he passed her over to her stepdad, who lead her the rest of the way down the aisle – a very special moment for both of the wonderful men in her life. After the ceremony there was drinking and speeches, dancing and photos, giant chess and outdoor pizzas.

My favourite part of the day was when I whisked the bride and groom off down to a quiet country lane, not too far from the house, and let the couple spend some time alone as I snapped away. The turquoise smoke bomb was the absolute cherry on the cake. For anyone who’s worked with smoke bombs will know they’re absolutely unpredictable. The smallest breeze will carry the smoke in the wrong direction. But, for some reason, it just worked for Amber & Anthony.

That’s enough from me for now, I’m going to hand you over to Amber & Anthony themselves to tell you more about their gorgeous English garden wedding.

“Just wanted to say we absolutely love the pictures thank you from the bottom of our heart for doing such an amazing job.”

Click on the image to listen to Amber & Anthony’s wedding soundtrack while you enjoy the rest of their blog post. 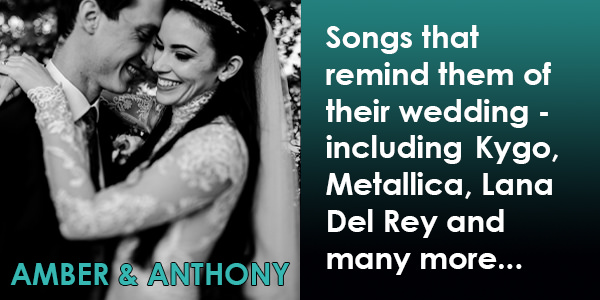 OUR FAVOURITE PARTS OF THE DAY

Amber: There wasn’t one particular part that was my favourite, there were lots of amazing bits. One of them was when I was getting ready with my bridesmaids in the morning and peeking out the window that overlooked the garden as guests starting to arrive. Also, I really enjoyed having a quiet 20 minutes with Anthony at the bottom of the garden in the early evening – I’m pretty sure Amy even found us at that point!

Anthony: The speeches, even though I did one. We had more speeches than traditional weddings – 6 in total. They all went down really well, and everyone clearly enjoyed them. Oh and the quiet moment with Amber.

We managed to get away with minimal disasters, especially on the day (a miracle considering we made the venue ourselves). One thing we forgot was bottles of water for the table – we ended up having to send a friend of ours to the supermarket on the morning of the wedding.

There were some very laborious parts of the planning – one part was spending every weekend for 3 months going around charity shops trying to find candlestick holders that were the right colour – we bought 40 in the end. We also spent a few evenings at the local pubs and bars trying to secure bottle-tops for the tiki-bar we were building in the garden (for the bar top) – we got some very strange looks!

“We’ve sent the pics out to a few friends and family and had an overflow of messages of love for all the pictures. We just can’t wait to see the rest!”

WHY WE CHOSE AMY

We feel like Amy really captures the essence and magic of the weddings she photographs, and we really wanted a documentary-type photographer. Also, we really appreciate  Amy’s shooting and editing style and loved the details she picked out on our day – especially in the pictures that didn’t involve people or faces.

We also really liked how laid back Amy was on our first meeting – she made us feel very comfortable from the beginning and reassured us while answering all of our questions.

Since the wedding, we’ve had lots of comments about how good the pictures from literally everybody. The guests have all mentioned that she captured the day wonderfully.

We would HIGHLY recommend Amy to anybody looking for a high-quality wedding photographer who is pleasant to deal with.

Our favourite photograph is actually the first Amy gave us, the sneak peek she edited while we sat to eat our wedding breakfast! When we went off down a country lane for a few pictures she brought a green/blue smoke bomb – which, at the time, we thought was insane but the pictures came out wonderfully. Particularly the one where it’s hanging in the air and we’re holding hands looking at each other.

Plan your day for as long as you can – don’t leave anything to the last minute. Also, try and enjoy the planning – it’s very easy to see it as stress or hassle, but you can turn every part of the planning into a little adventure. The day goes by so quickly, that you want to make sure you enjoyed the planning as well.

Also, realise that people who offer to help genuinely do want to help! It’s easy to feel like it’s all “down to you” but good friends and family genuinely don’t mind mucking in – some actually get a real kick out of it.

ALL THE AMAZING SUPPLIERS

Sorry, the comment form is closed at this time.